North Korea is a Shelter Against Coronavirus! 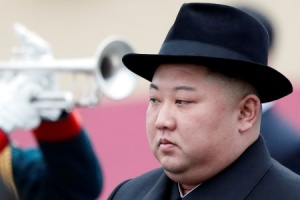 Kim Jong Un has let us know that his country (“his” country in the same sense as “his” hair — because he owns it personally) is free of coronavirus!

North Korea remains totally free of the coronavirus, a senior health official in Pyongyang has insisted, despite mounting scepticism overseas as known cases of infection topped one million worldwide.

The already isolated, nuclear-armed North quickly shut down its borders after the virus was first detected in neighbouring China in January, and imposed strict containment measures.

Pak Myong Su, director of the anti-epidemic department of the North’s Central Emergency Anti-epidemic Headquarters, insisted that the efforts had been completely successful.

I can kind of believe it, actually. This is far and away the most closed country in the world. So, I wonder when they’ll start receiving immigration applications from people outside North Korea who are scared?  One way Kim could start bringing in extra income would be to offer luxury accommodations in gated communities for rich people who want to come hide — for a fee, of course!

This entry was posted in International. Bookmark the permalink.